So John Berry of Hulks and Horrors fame wrote this little piece of joy, and the Muse bit hard. 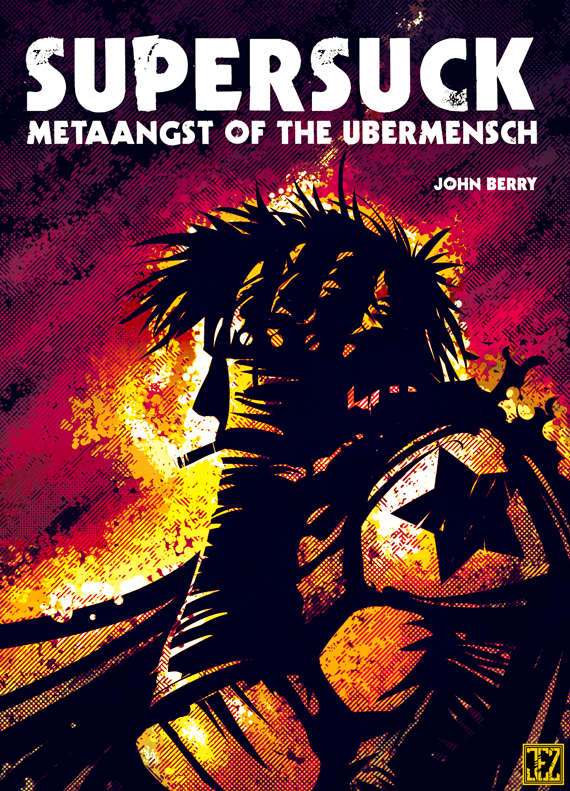 Posted by Jez at 7:37 PM No comments: Links to this post 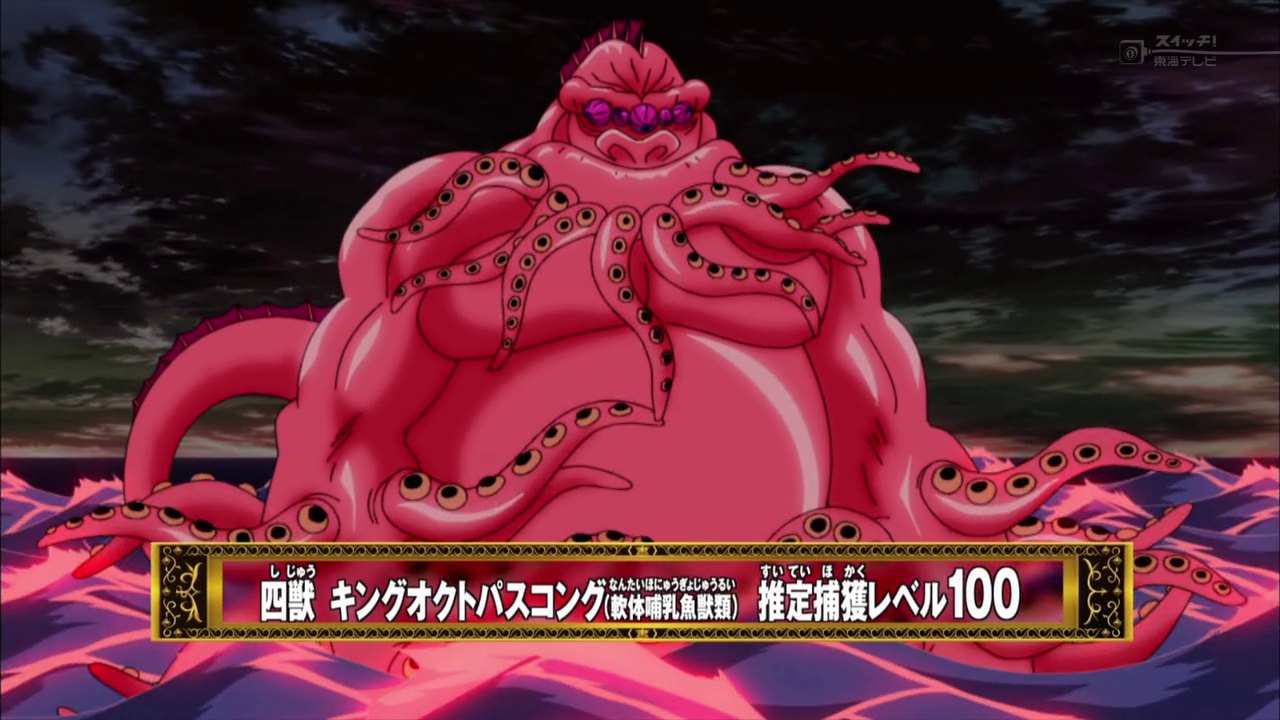 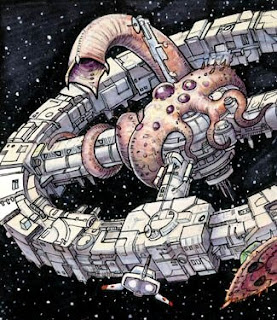 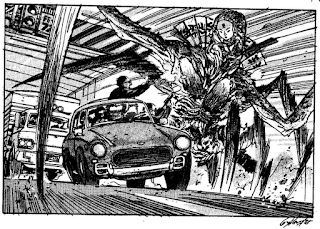 But this year I've had to abdicate in favor of the Chosen One:
Joey Lindsay from Metal vs Skin will be running the show.

If want to help out head over here, read the FAQ and muck in.

Two pieces from Tony Dowler's amazing Dee Dee's Seattle Survival Guide that came out earlier this year and a character commission for an Apocalypse World Hardholder. 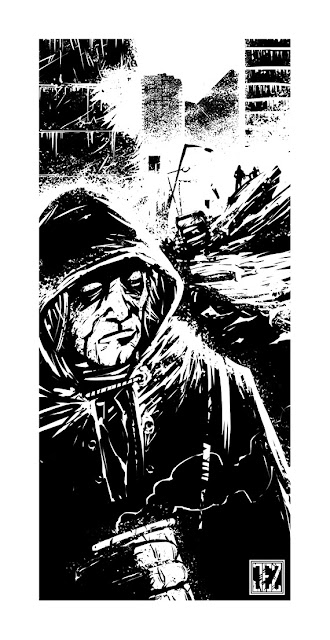 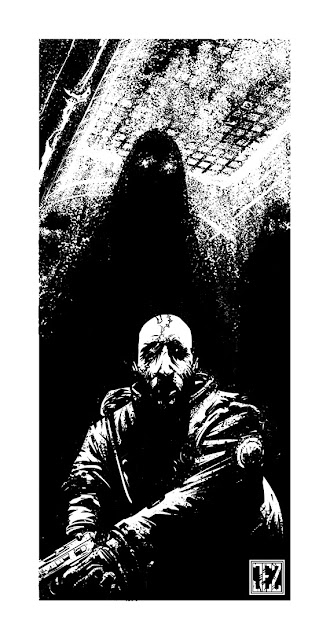 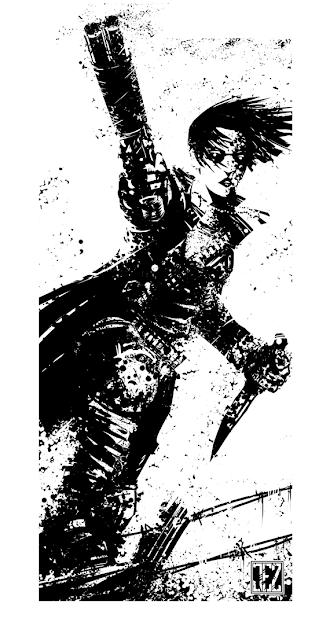 My muse is funny.

She harshes out on projects all the time, puts them into cold storage for aaaaaages
then suddenly BAM MUZE SEZ DO NOW JEZ.

So these three pieces turned up for MUTANTOR! over the last 24 hours. Go figure. 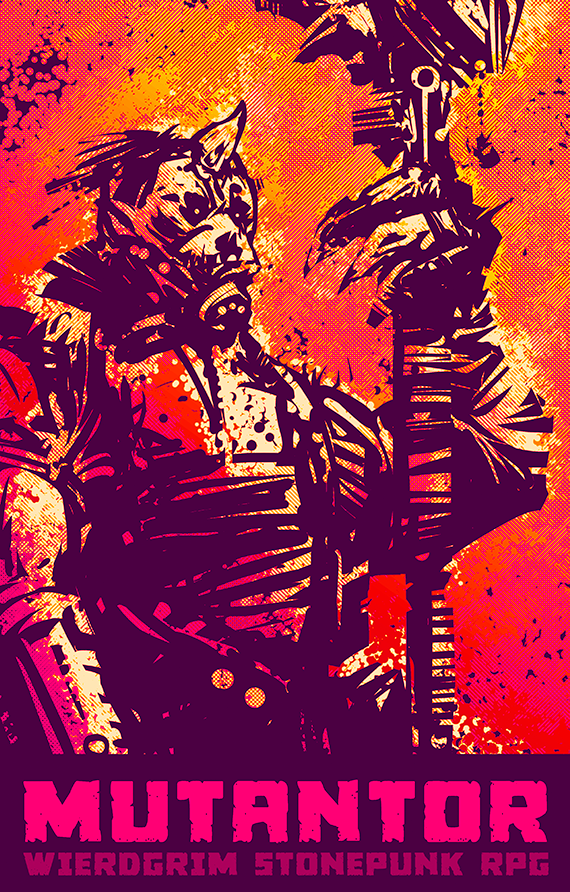 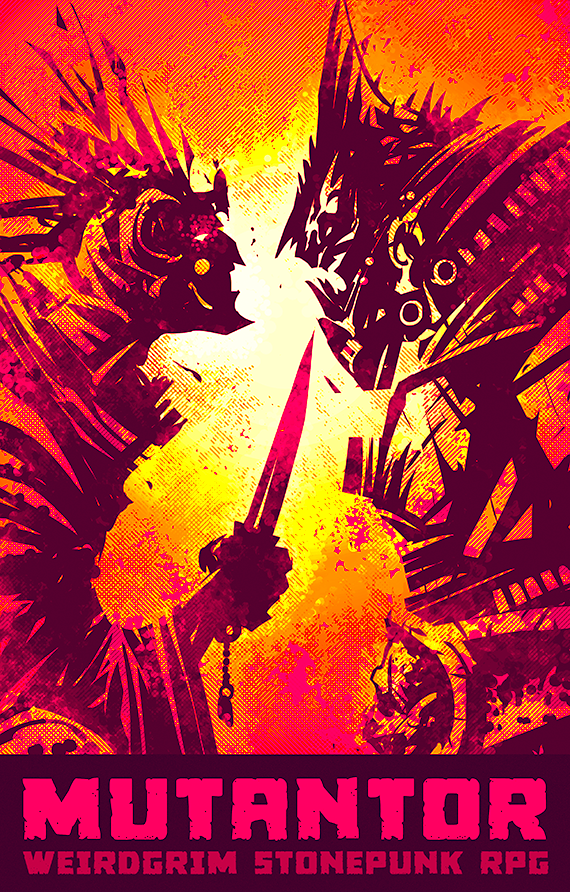 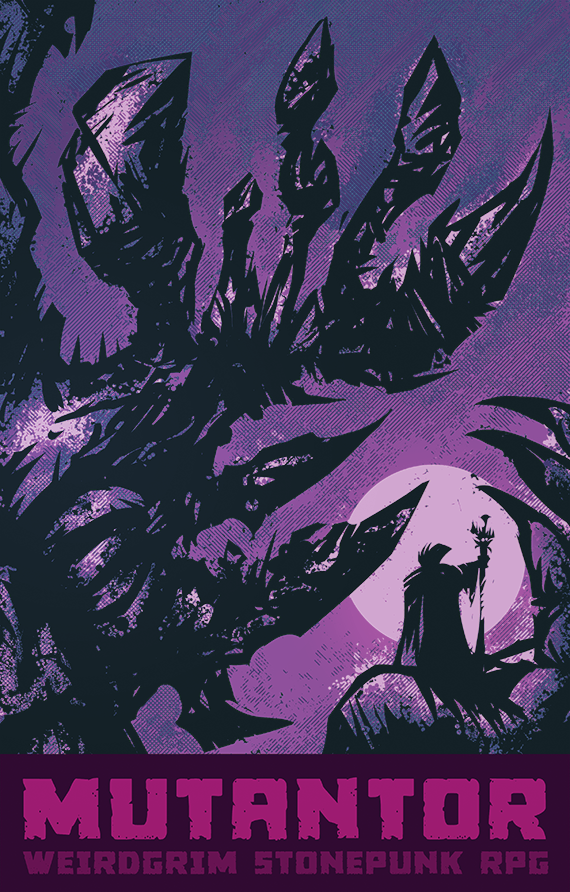 The Schlächterstern Rot lurks in the border regions between deepest space, the Astral Plane and Pandemonium. Its tumultuous geometries visible from the worlds of the Prime Material Plane only in hallucinogen-laced dreams of artists, astronomancers, mathemagicians, and failed suicidialites.
Once depicted in reality — through written account, trigonomic puzzling or other creative expression — it becomes visible to the authors in their waking hours: a heavenly body with hellish hues appears in the night sky where once a black nebula might have blotted out the stars. Others will only see it after hearing or reading of its existence, but once seen, it remains. It travels against the flow of stars each night, confounds astrological predictions, causes beasts to behave in queer manner, and gives rise to unrest among those of weak will and fearful disposition.
As more and more minds attend to its presence it grows in stature, feeding on thought until it lingers large and low in the night sky. From the capitols of civilization to the wilds of farthest barbarica, all those who have envisioned the Schlächterstern Rot come to see it hovering immediately overhead, just beyond the clouds. Even those of stern mind now view it with apprehension. All know its name.
And so the Schlächterstern Rot will hang there, like a star of Damocles, until the people of the world it orbits manage to solve the conundrum of its presence and it departs without harm; or should they utterly fail to accept the discreet invitations of its subtle ambassadors, the star vanishes, taking all memories of its visit with it, and replacing all such thoughts with horrific visions of butchery and decay. These thoughts are not memories, but warnings of impending doom. For in the wake of the Schlächterstern Rot, all worlds it leaves behind are plunged into a thousand years of bloodshed and slaughter, all worlds it leaves behind are rotten with war.
It draws near; plaguing the babblings of the drunkard, confounding the lies of the stargazer, haunting the angles of the polygonimist and causing the unborn to howl in fear.
The Schlächterstern Rot is almost here.
Posted by Jez at 2:24 PM 1 comment: Links to this post