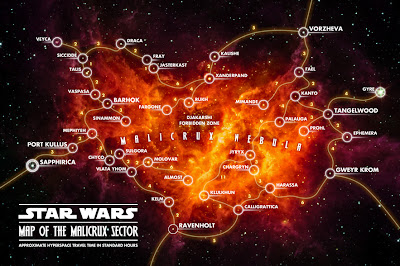 The third in the gazeteer of planets from the Malicrux Sector, the setting for my ongoing classic era Star Wars campaign. 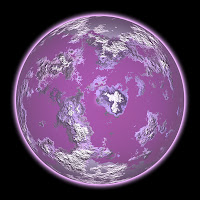 GWEYR KROM is a crystalline world that serves as the corporate capital of the sector. All of the largest sector corporations maintain offices here, in pristine cities nestled between shimmering spires and radiant peaks or along the shores of the sparkling deserts. Great chains of shard mountains cross the planet and pierce the sky, some reaching even into space; the wonder and cold beauty of this world is renowned. The MediCrux Corporation dominates trade. As is fitting the corporate engine of the region, Gweyr Krom is also the financial heart of the Malicrux, with a number of major banking headquarters; Krombank is by far the most widely used by the sectors’ inhabitants. The transition from the Old Republic to Imperial rule was relatively smooth; the citizens value peace and security above all things, and Governor Atterick Krayne has done much to ensure this tranquility is maintained, though at great cost to personal freedoms. Public outcry and dissent is virtually unheard of; the Empire considers Gweyr Krom to be a rolemodel world for the sector and recruits heavily from youth seeking something more adventurous. 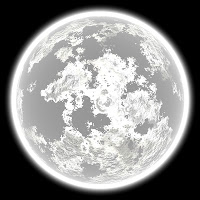 GYRE is a barbaric world that orbits the third brightest star in the galaxy. Beneath its brilliant glare, the once shining beacon of civilization collapsed in a civil war that left the planet devastated, where warlords continue to shed blood over petty border disputes, and loyalties and alliances are in constant flux. They fund their campaigns by selling off the remnants of the glass cathedrals that once made Gyre famed throughout the galaxy; a single shard of the luminous light-bending substance is worth a considerable fortune, if the right buyer can be found. Eager to end the conflict, the Republic banned the trade in Gyre-glass, and drove art collectors to the black market; few let the knowledge that each shard is paid for with blood cloud their conscience. All this comes at great heartache to House Nephada, the former rulers of Gyre who until recently lived in exile on Sapphirica. Now, the backing of the Empire, the House has reclaimed the Duchal Palace on Gyre and formed a solid defensive position in the ruins of the surrounding city. War is brewing, and it may be that the threat of the Nephada is the one thing that could unify the warlords of Gyre. 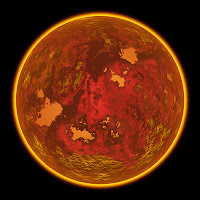 HARASSA is an industrial world dedicated to the production of repulsorlift vehicles and famed for its pod racer designs. A client world of House Arranasis, the passion of Duke Barin for the repulsorsport has seen the desert world rise from corporate ignominy to become one of the leading manufacturers for several sectors. The Duke encourages a healthy rivalry between the domed city-states that rise out of the barren lands; the red sands are home to a number of racing circuits and to a man Harassians follow every event on the yearly calendar. For many, the dream of becoming a pod racer is enough to maintain them through the long hours and fiendishly hot conditions; and while rare, some do achieve this dream, rising to become one of the brash and notoriously short-lived stars. There are two concerns pressing enough to distract the average Harassian from watching the continuous coverage of pod racing events. The first is a localised problem: the primitive indigenous population of desert dwellers known as Shifters pose a constant threat to the security of the domes, commanding huge sand storms to envelop race meets and entire cities should they be angered enough. The second is perhaps far more serious. With the continuing war effort against the Rebel Alliance, the Empire has commandeered a number of repulsorlift factories and conscripted entire workforces to produce military vehicles. With each year another factory is converted, and slowly but surely Harassian racers dwindle in number. While Duke Barin is able to maintain a sensitive balance between keeping the Empire at bay and his people in a state of unease, political pundits wonder at how little it will take to upset this balance. 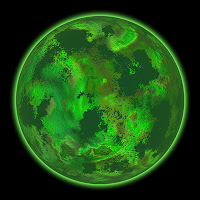 JASTERKAST is a poisonous world, with acid green skies and toxic bogs smeared across its surface that serves as the homeworld to a slithering amphibianoid people known as the Jast. Rising up out of the quagmires are a number of heavily fortified and independent city-states that have spent hundreds of years recovering from a nuclear war that nearly wiped out all life on the planet. Large swathes of radioactive swamps lie between the cities, and great, mutated creatures swim the black seas. In the wake of their great war, the Jast vowed never again to raise arms against one another, but their vicious and cunning ways saw them take up ever more subtle means to strike at their enemies. Shadowy warfare is the norm, with the Alchemists of Jast ever striving to outdo one another with their poisons and antidotes. A number of these chemical weapons are sold to unscrupulous warlords offworld, and the Jast are happy to use the planet of Fray as a proving ground for their poisons. Visitors find the place to be oppressively humid and sickly, but trips here can be profitable; there are a number of byproducts to the Jastrian experiments, considered failures by the poison masters, but many of which have a wide variety of commercial purposes. Duke Carmus Jasterkastria oversees the development of trade with other worlds from the relative safety of his orbital station low over the green clouds, but ensures a hefty tax to pay for the protection of his household from his rivals. 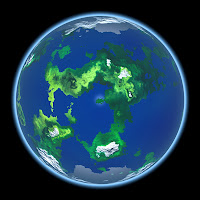 JYRYX is a pristine wilderness world of mountainous forests and cold seas, formerly under the jurisdiction of the Unisys Corporation and marked for exploitation, but now under the possession of the relocated Sulgoran people. The Sulgorans fled the environmental depredation of their homeworld by Unisys and, eager to avoid a similar reoccurrence, they applied for and received a permanent isolation order from the old Republic that banned any offworlders from landing on the planet without prior permission of the Jyryxi ambassador Tuva Hurkeesi on Sapphirica. However Hurkeesi knows that agreements struck with the old Republic no longer hold much legal weight in the Emperor’s new order, and knows it is only a matter of time before ravenous corporations or the Empire itself comes to claim Jyryx for themselves. The ambassador’s dire warnings have gone unheeded by his people and their clan leaders, who pursue their old ways of hunting and gathering in the tranquility of their new home, maintaining faith in the sanctity of their protective decree and not willing to believe in the ambassador’s stories of atrocity. Hurkeesi, eager to protect his people from the coming storm, is known to be actively seeking out new allies in the galactic arena.
Posted by Jez at 6:54 PM