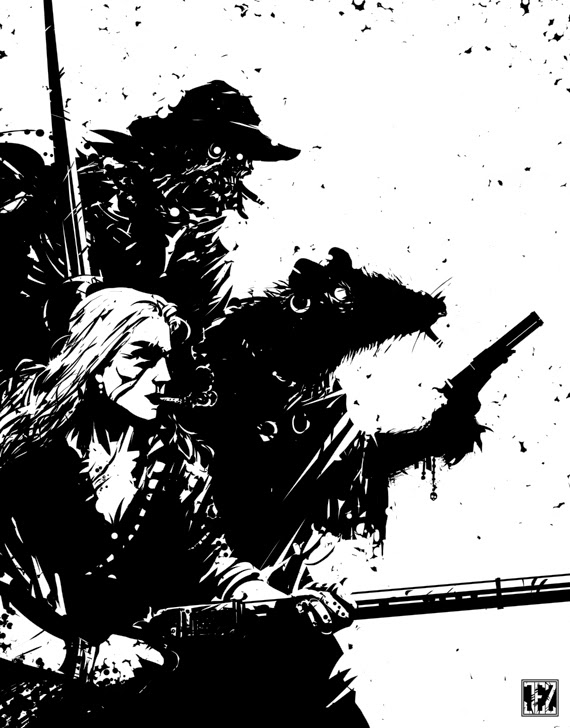 THE LAND BEYOND BEYOND PDF Maps 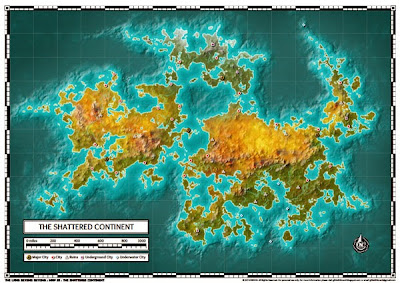 I got what you need right here, customisable world maps that are Pay Whatever You Damn Well Feel Like for the next 5 hours.

From the blurb: "THE LAND BEYOND BEYOND range of interactive PDF Maps offers you beautifully illustrated charts of strange new lands for you to use in your roleplaying games, war games, and other creative projects.

Evocative and inspirational, they are designed to take some of the hard work out of world building.

Each map is customisable so you can shape it to your needs: you choose the look and style of the map, you choose what kinds of locations are visible, and you choose the names for every feature.

Using the powerful tools in the free Adobe Reader software, you can draw all over the PDF, add notes, new text, and even attach images and concept art to specific locations. A six page User Guide is included to help you make the most of your world.

Each poster map is designed to be printed out at 17in x 12in / A3 size for you to use at the gaming table with your friends, or you can share your PDF Map online with them and let them add their own comments and illustrations, track their characters’ journeys across your world and make their own contributions.

FOR USE WITH THE FREE ADOBE READER:
http://get.adobe.com/reader/

Email ThisBlogThis!Share to TwitterShare to FacebookShare to Pinterest
Labels: maps

Confession: my glutinous intake of superhero action doesn't actually come from comic books. It comes from film. I know it means I miss out on some of the most fantastic storytelling in the genre but I'm a sucker for the spectacular. A sucker for sound, for visual stimulation. Kerplosions, stonking FX, punchy storylines, blaring soundtracks, fast scenes, action action action. That's what I love.

Fuck yeah, Nightcrawler.
So when I imagine a superhero roleplaying game, it's cinematic heroes that are my touchstone, not comic book ones (Hellboy and BPRD are a different matter). I can't tell the difference between Deadshot and Deathstroke. I don't even know who they are.

Which means that when I imagine running or playing in a superheroes roleplaying game I'm not looking for four color comic book emulation, or golden age glories, or gritty 90's angst (though from what I can gather that's what's guiding a lot of supers films). I want a game that combines the flashkerpow high stakes skyscraper smackdowns... with an element that I'm yet to find in the superhero rpgs I've looked at (and I haven't looked at them all, and am hoping there's a game out there that covers this so I don't have to make it myself).

And that missing element is intense character drama.

So much of cinematic superheroes revolves around the conflict of personal ideologies, challenging, affirming or breaking the belief system of the central cast. And this is something that I really want to see in any Superhero game I play or run.

My ideology is better than yours. Nyah nyah.
As much as I find the Mouse Guard RPG to be a beautiful disappointment, there's a section in the game that I would port over. The chapter is titled "It's Not What You Fight, It's What You Fight For", quoting the motto of the Mouse Guard, and it asks the players to examine their characters and establish a core belief system that the Game Master must challenge in the game. Either you stay true to your beliefs, or you grow from what you have experienced.

Taking cues from that I'd have the following bits bolted on to any supers game:

CONVICTION
A deeply held belief that guides your actions, and ideal by which you live your life.

PURPOSE
The manifestation of your conviction, it is the greater goal you strive to achieve.

MISSION
The short term task you have set for yourself that brings you one step closer to fulfilling your purpose.

CODE
The means and methods you are willing to go to in order to accomplish your missions.

One very upset General Zod, expressing these very things.
Once the GM has a clear understanding of what each character's ideals are, they can craft adventures that specifically target and challenge these ideals, inflicting crisis after crisis to see if they can break the character or forge their beliefs into something stronger.

Tie the effectiveness of a superhero's power to how shaken they are in their beliefs, as though the strength of will that drives them forward is intrinsically linked to the willpower needed to manifest their powers. Characters who's beliefs are battered and bruised, shown to be flawed or faulty would see their powers diminish until they have come to terms with the events that shook them to the core and built up a new belief system. Flip that over, and heroes who's beliefs are affirmed by events in the game can use that ego-boost to punch their powers into overdrive.

Also worth thinking about is what deed will push them over the brink into the land of rage and rampage. We all get pissed sometimes, how come barbarians are the only ones who get to go berserk? Breaking a character, watching them give in to their darker selves, and the struggle that follows to atone or achieve redemption for their actions during their darkest hour is great story fodder. 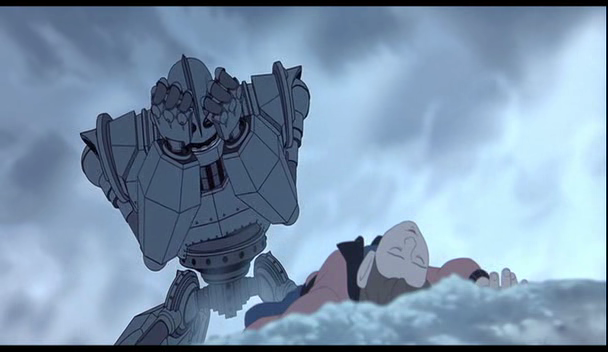 Even the younglings were killed.
So yeah, these are the dramatic character elements of cinematic superheroes that I want in my games. With added spectacular destruction and eyewizardry.

Lemme know if there's any out there that do this.


Last thing: damn I love this game trailer. Not perfect, just perfect destruction.
Posted by Jez at 11:37 AM No comments:

Email ThisBlogThis!Share to TwitterShare to FacebookShare to Pinterest
Labels: superheroes 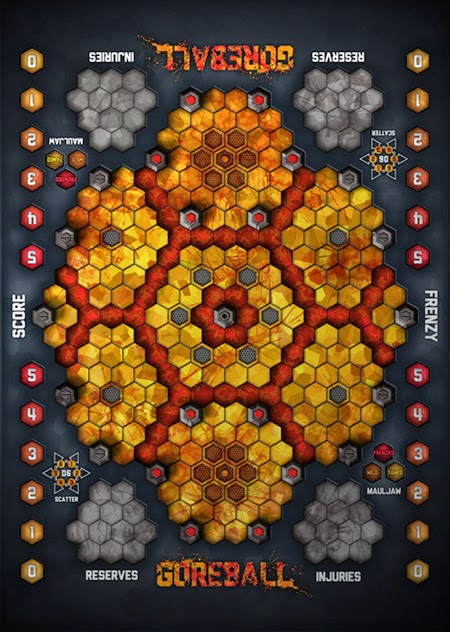 And the last in the series of Goreball related posts
til the rules are ready to be released into the wild is this here preview of the Arena board.

I've spent quite a slab of time designing this and am pretty pleased with how it's turned out.
I wanted something bright and bloody and soiled and grim all at once.
Once the rules are finalised there will be reference tables repeated
across the top and bottom for player convenience.

So it's just wrapping up the rulebook and getting the mini figures designed,
then Goreball will be looking for playtesters. Can't wait.

In Goreball each team gets a Mauljaw,
which is goalpost, monster, and team mascot all rolled into one.

Also doubles as death-metal band name generator. Just in case you need it.
Posted by Jez at 11:42 AM No comments:

Following on from yesterday's Team Name generator, here's one for the players.

One page, over ten million possible combinations.
Posted by Jez at 12:06 PM No comments:

Ever get stuck coming up with a decent name for your team?

Had a lot of fun thinking this one through.
Posted by Jez at 2:13 AM No comments: