So I'm running a new campaign this year for some local friends, and thought I'd document how I'm putting the world together and the creative process I use. I have this map I made four years ago: 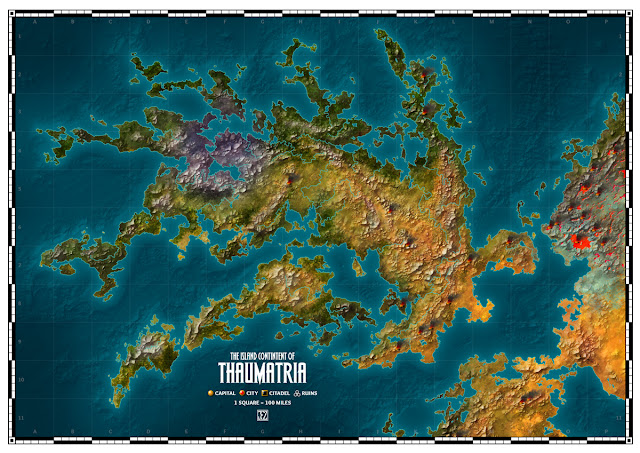 It was part of the Dead West setting. The island continent of Thaumatria was meant to be the Old World where the people in the Dead West had fled from after a major calamity. And I kept coming back to it...

... anyway. Three of the lads — Kurt, Tom and Gus — are in, and a newer friend Gabby is joining us. I really want to keep the prep as minimal as possible, cause I have a rep for overprepping then burning out a few sessions in, and I want this to last the year.

Here's my early overview of things I wanted to include in the setting:


I also set about looking for visual inspiration on Pintrest original page here:

I may have found something... I'll post more info as I go.

CLICK HERE TO GO TO NEXT THAUMATRIA BLOGPOST
Posted by Jez at 2:03 PM